Vibrators aren’t for penises. They’re for clits and internal play.

Fun Factory’s Manta is a member of a rare breed: vibrators designed specifically for penises. 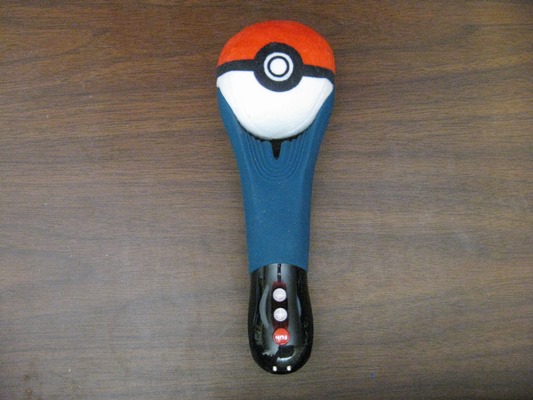 Using a Clit Toy Without a Clit

But it’s a clit toy. Because it’s the size of a finger and doesn’t bend, it can only simulate a pinpoint portion of my penis. 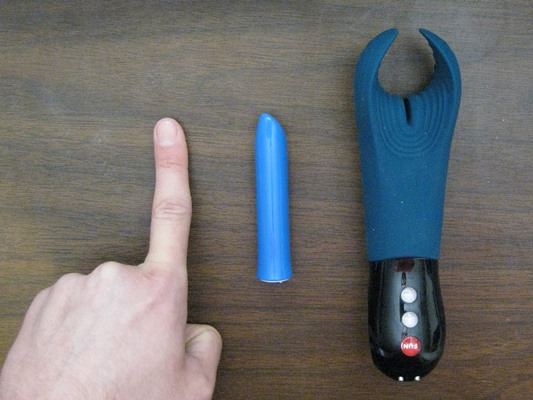 I use Manta in six ways, none of which are possible with regular vibrators.

Lube up and stroke Manta up and down your shaft. Definitely can’t do this with a Tango.

I love how this spreads out the vibration, constantly changing the focal point. It’s like jacking off with a vibrating hand.

However, be aware the wings’ flexibility is a mixed blessing. It means Manta can accommodate any penis, no matter how thick it is. But it also means it can’t grip you. Manta is a gentle hugger, maintaining intimate contact without squeezing. 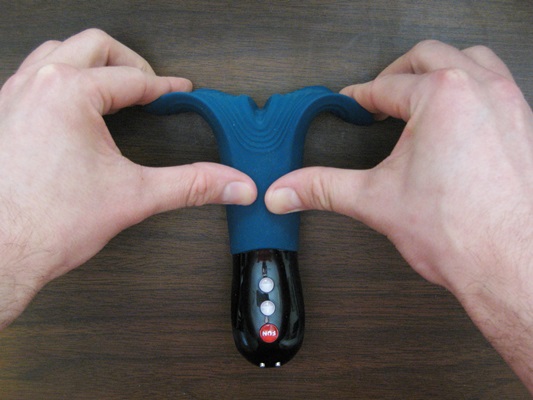 This may sound unfulfilling, but I think Fun Factory chose a good tradeoff between flexibility and grippability. To make Manta squeeze more, they would have to use firmer silicone, which would diminish comfort. They could also decrease the diameter of the space between the wings—which, by the way, is 1 ⅛”—but this would make it less friendly to thicker penises.

Manta can’t grip like my hand can, but until my hand starts vibrating, I’m going to continue to enjoy stroking with it. 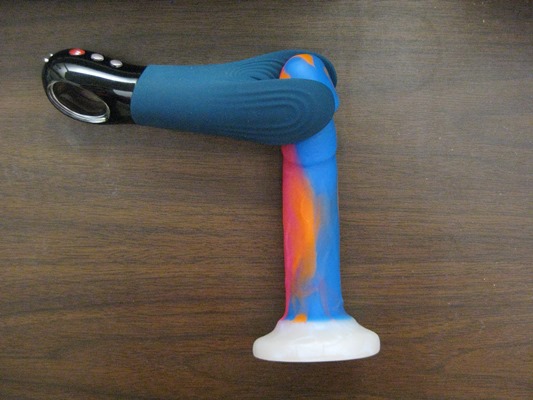 Of course, you don’t need to stroke with Manta. You can wrap it around your glans and stroke with your free hand.

This lets you squeeze your shaft much more than method #1 and keeps constant vibration on the most sensitive parts of your penis.

My coronal ridge loves attention, so this method works wonders for me. If you’re more of a frenulum guy, just flip Manta around. 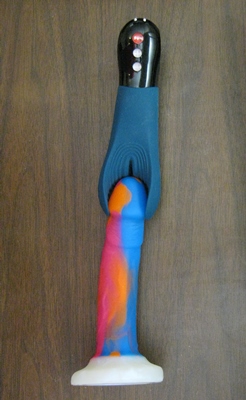 A variation of method #2. This lets you jack off without being careful not to smack your hand into Manta on the upstroke.

If you have foreskin, slide one of Manta’s wings underneath it. You may want to use some lube.

This is similar to #3, but more intense. Depending on how much foreskin you have, you may not be able to do this while hard. 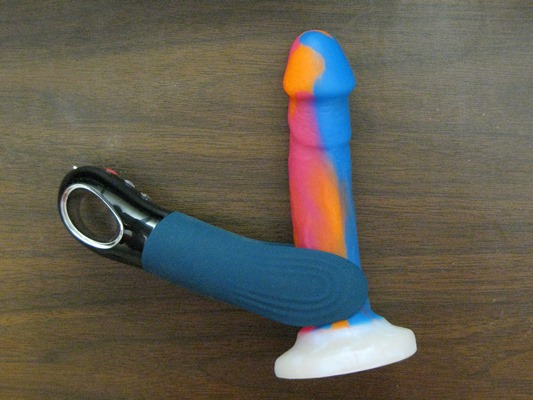 To dial down the intensity, wrap Manta around the base of your shaft. I enjoy this because it lets me relax and settle in for a longer session.

Your Balls deserve attention, too. Precious few vibrators work well with balls, but Manta excels, cupping each one snugly.

When I first tried Manta, I expected I’d ignore the lowest vibration settings. But their gentleness is perfect for massaging my balls.

If I could change one thing about Manta, I’d give it a stronger motor.

But on the rare occasion I want to mug an orgasm out of my body in a couple minutes, Manta falls short. The dial cannot go to eleven, so this is not a toy for Spinal Tap.

If you have a Tango, Manta’s vibes are slightly weaker. Tango is the king of bullet vibrators, so this is no insult. Nevertheless, I expected the much larger Manta to house a more powerful motor.

Though the vibration’s intensity could use improvement, its quality is damn good. By quality, I mean rumbliness. Rather than staying on the surface, the vibes go deep, permeating my whole penis.

The patterns are top notch. This may sound anathema to many people, but I spend far more time with Manta’s six patterns than with its six unpatterned, steady settings.

As I discussed in my review of Vedo’s Bump, a vibrating butt plug, the key to a good pattern is that the vibes never completely cut out. Only one of Manta’s six patterns ever cuts out, and it does so only briefly.

I especially love the machine gun pattern. Yes, I said machine gun. Sounds painful, feels sublime. Rapid shifts between the most powerful level and a slightly lower level. It’s almost like an improvement on steady vibration rather than a pattern unto itself.

If I could change a second thing about Manta, I’d fix the damn buttons. 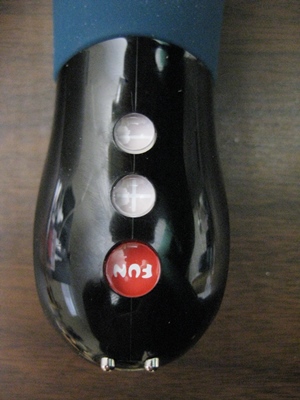 The buttons feel quite good. Domed circles that stick out a couple millimetres, making them easy to find in the dark. Nice and clicky. But:

You long-press the FUN button to turn Manta on, yet you short-press FUN to turn it off. The long-press to turn on makes sense, since you don’t want it to start rumbling in a suitcase. The asymmetry does not make sense. It is annoying dumb wrong.

Yes, this is a trifling quibble. Stick with me: I would have held my tongue if it were the only one.

Turn on Manta and you start at steady level three out of six. Every time.

Love the wave pattern and keep coming back to it? Doesn’t matter. The toy forgot what setting you last used. It remembers level three.

Why level three and not one or six? Because beginning at the beginning would be sensible. So here we are.

Now press the + button to increase the intensity. Press + while on level six and you enter the patterns. Keep pressing + to cycle through the patterns.

When you reach the sixth and final pattern, press + again to return to level one of steady vibration.

Wait, no. That would make sense.

To return to unpatterned vibration, you need to hit the – button. This takes you to level six. Keep hitting – to descend through the unpatterned levels.

Once you get to level one, press – again to

Let’s pause a moment. What do you think should happen when you press – while the Fun Factory Manta is on level one?

Should it take you to one of the patterns? Should it cycle you back to level six, akin to the way pressing + while on the final pattern cycles you back to the first pattern?

Do you have your guess ready?

You’re wrong. If you guessed anything, you’re wrong. Pressing – while on level one does nothing.

This could make perfect sense in a different button UX. But we’re in Fun Factory’s button UX.

Have I been listing my complaints or describing how to use Manta’s controls? Yes.

And did I mention the buttons are backlit and every time you press one, the light pulses needlessly? This is also a thing.

Long-press FUN to turn on.

Short-press FUN to cycle through the six patterns and an unpatterned, steady setting.

Long-press FUN again to turn off. Have the toy remember the last setting used. Next time the toy turns on, return to this setting.

That’s it. Simple. This button scheme would even have the bonus of allowing you to change the intensity of patterns, which Manta does not allow.

So the button UX is bad. But it’s tolerable. After a few minutes, I got used to it.

My thanks to Peepshow Toys for sending me Fun Factory’s Manta in exchange for my honest review. This post uses affiliate links, which give me a commission if you buy something, but don’t cost you a cent.