Been eons since I’ve worn a beginner butt plug. It spurred memories of being a teenager, when inserting a mere finger was a feat.

But I don’t feel nostalgic. Having a well-trained ass is way more fun. So, to amp up my fun, I inserted VeDO’s Bump Rechargeable Vibrating Butt Plug without any lube. 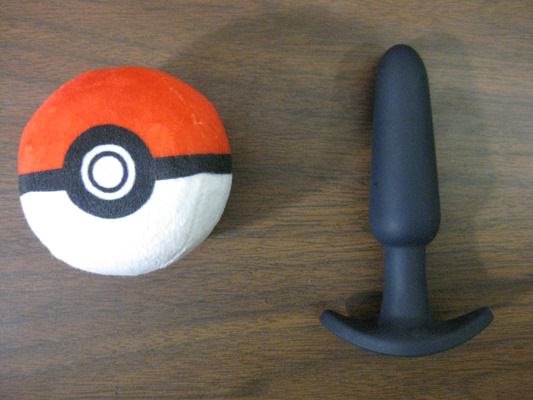 This is a me thing, not a you thing. I can insert (well-lubed) toys that have circumferences of 7″+ with minimal effort. You (probably) can’t. Lube is your strongest ally in the war against an empty ass. Without it, you will get hurt.

I wish my first butt plug had been the Bump. Instead, I had a medium Nexus plug. It’s slightly thinner than the Bump, but beginner plugs are not defined by thickness alone. The Nexus’ problem is it’s designed for prostate stim.

I have more to say about the Bump’s ergonomics. But I’ve been ignoring something important. Let’s talk about

Forget the Bump is a butt plug, just for a moment.

Comparing its vibrations to my We-Vibe Tango, the Bump falls short. While they’re roughly as strong as each other, the Tango is rumblier and quieter. 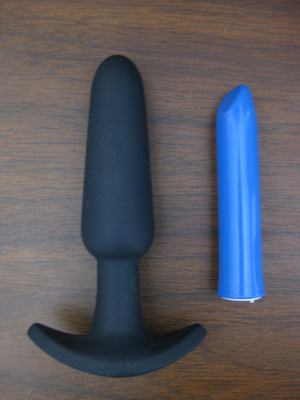 But not by a lot.

I consider the Tango the king of bullet vibrators. But the Bump is only a mild downgrade and it costs less than half as much.

Beyond the great bang for your buck, I enjoy the Bump’s vibration patterns.

Yeah, I said it: Nobody seems to like vibe patterns, but the Bump’s patterns are actually decent.

They don’t. They just piss me off.

But the vibes on the Bump’s seven patterns never stop. They’ll go low, but even the lowest level feels good and, more importantly, doesn’t vex me.

The Bump’s power button has a simple yet important innovation: 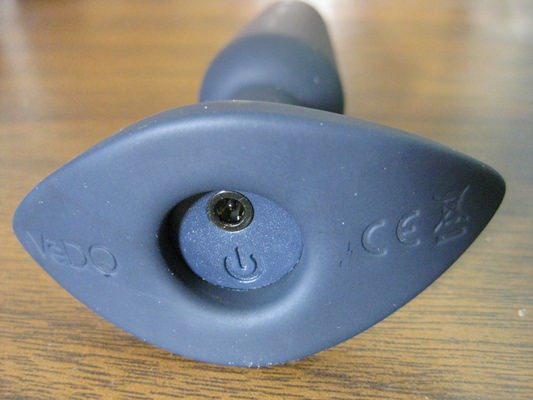 So no matter how you sit, even if you’re on a wood chair with a level-flat ass, you’ll never inadvertently hit the button.

I love this button design, but I mostly just feel disappointed in other vibrating plug makers: This should be obvious. Perhaps other plugs with recessed buttons exist, but I can’t find any. All the buttons I see senselessly protrude, inviting accidental presses. How is VeDO’s design not an industry standard?

I normally don’t recommend vibrating beginner plugs because many people don’t take long to progress past this size. Non-vibrating plugs are cheaper, and if you’re only going to use a toy for a short period, you might as well get the most cost-effective body-safe option you can. 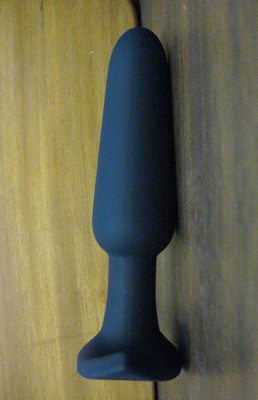 Back to the Bump’s ergonomics.

The most dubious aspect of its design is its mild pointiness. A pointy tip can uncomfortably jab your rectal wall.

But the Bump doesn’t jab me at all.

I think this is because its 4 ½” insertable length, while not short, isn’t long enough to be an issue. Regardless of whether I stand, sit, or assume any other position, the Bump remains comfortable.

I have another plug, Tantus’ Ringo, that does poke my rectal wall. Despite being substantially thicker than the Bump, I believe the relevant design difference lies in Ringo’s 5 ⅘” insertable length. Because the Bump is 1 ³/₁₀” shorter, it avoids Ringo’s jabbing problem.

To be fair, nearly all beginner plugs are at least a little pointy. If you want both a taper and a small maximum circumference, it’s unavoidable. For beginner plugs, having a taper to ease insertion is more important than having a rounded, rectal wall-friendly tip.

My thanks to Peepshow Toys for sending me VeDO’s Bump Rechargeable Vibrating Butt Plug in exchange for my honest review. This post uses affiliate links, which give me a commission if you buy something, but don’t cost you a cent.